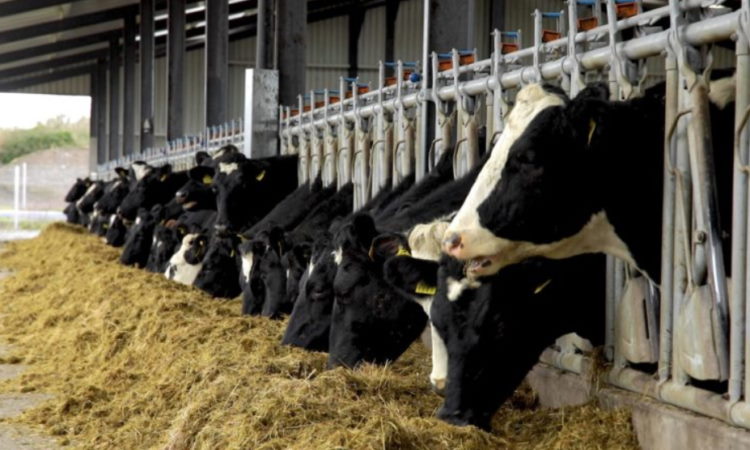 To maximise their margins, dairy, beef and sheep farmers are continually striving to become ever more efficient in the production of milk and meat. To do this, it is essential that animals are kept in good condition allowing them to thrive and perform optimally.

As farmers continue to become more efficient, so the demand on the animals increase to produce milk or meat and therefore they can be more susceptible to worm burdens, resulting in reduced performance, and ultimately increased cost to the farmer.

Based on recent research by Holzhauer et al (2011), the average cost of an outbreak of lungworm on a dairy cow herd is approximately €160/cow/lactation/year. This was primarily due to reduced milk yields of up to 15 to 20%.

Livestock can accumulate parasitic infestations whilst grazing pastures that contain the infective stages of parasites (larvae and metacercariae). The most recognised parasitic infestations in Ireland are from stomach worms (Ostertagia and Cooperia species), lungworm (Dictyocaulus viviparus or ‘hoose’) and liver fluke (Fasciola hepatica) which are common internal parasites in production livestock. Each of these parasites can be costly to the farmer due to reduced feed intake, lower conversion rates and poor thrive and performance.

Parasitic gastroenteritis caused by stomach worms is often the most problematic in Ireland resulting in clinical signs such as diarrhoea and weight loss. Livestock may also have reduced feed intake and conversion.

Also known as ‘hoose’, lungworm can be severe, causing reduced performance in livestock and can sometimes be fatal. Lungworm is primarily seen in younger cattle in their first grazing, but older cattle will be susceptible if immunity was not built up as calves. The lifecycle of the lungworm after ingestion by livestock is approximately 4 weeks. After this period, susceptible cows or calves could be shedding millions of larvae.

Hepatica (liver fluke) is seen in livestock of all stages and general symptoms are reduced performance and loss of condition. Similar to lungworms, warm and unseasonably wet conditions are ideal for fluke development. Once ingested, Liver fluke metacercariae take approximately 10-12 weeks to reach maturity and start producing eggs. Therefore, it’s important to dose with flukicides in the autumn, before housing or at housing, with a second follow up treatment eight to 12 weeks after housing.

In some cases, livestock may acquire liver fluke exposure earlier in the grazing season if pastures are heavily infested and weather conditions are optimal for liver fluke reproductive cycle in the mud snail.

Patrick Shalvey from Drumgoon, Co. Cavan, runs a family-owned dairy herd and recognises the benefit of Tramazole, stating: “We use Tramazole at drying off using a 60ml, small volume dose and also before calving in February.” To reduce labour, Patrick uses a hook dosing gun which he finds “very handy”. Patrick also doses younger calves six to eight weeks after first grazing with Tramazole and alternates other products to prevent a build-up of resistance. After using it for four to five years on their farm, Patrick mentioned that it’s a “great product” and they’ve been getting “good results”.

Listen to what Patrick says about his dosing regimen

Tramazole 10% contains Albendazole as the active ingredient. It controls both adult fluke and fluke and roundworm eggs, which helps to reduce contamination of pasture.

It’s used to treat and control mature and developing immature forms of gastro-intestinal roundworms, lungworms and adult liver fluke in cattle and sheep, including Ostertagia type II (winter scour) and requires small dosing amounts of 60ml per 600kg cow. Tramazole offers short withdrawal periods of just 60 hours for milk and 14 days for meat. This makes it ideal for dairy cattle. It’s essential that first grazers are regularly dosed because they will have poor immunity and be much more susceptible to worm burdens.

Calves or other livestock that are treated with anthelminthic products claiming long residual effect, maybe much slower to build up their immunity as they will have little or no exposure to worms over the grazing period. 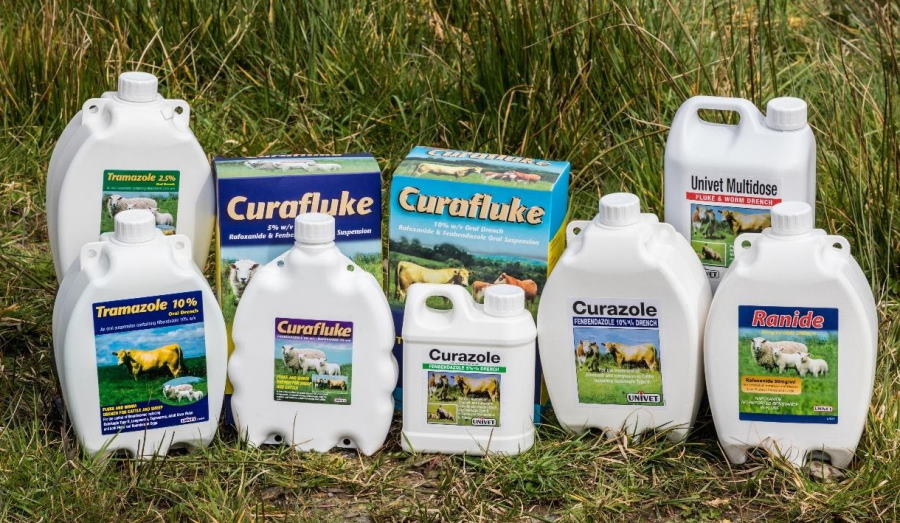 View
The importance of a strategic dosing regimen10.20.2020