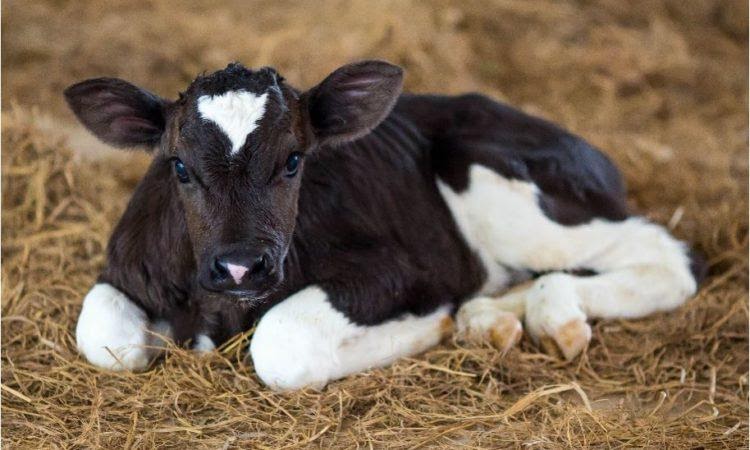 In calves and during the weaning period in pigs

Scour occurs when the gut becomes compromised and calves lose proper functioning of the intestine, resulting in diarrhoea and loss of fluids. This is the most common health problem affecting calves, especially in the first six weeks of their life.

There are two forms of scour associated with calves: Nutritional and infective.

Scour symptoms such as runny white or yellow faeces, reduced feed intake, weight loss, sunken eyes due to dehydration and weakness can be easily recognised in calves but determining what is causing the symptoms is much more difficult.

The most common cause of pathogenic scours in calves are:

Cryptosporidium parvum is the pathogen which causes Cryptosporidia in calves. This type of parasite is transmitted via the faecal oral route.

With infected faeces containing oocysts (eggs) being passed by contact between calves, farm utensils, farmer clothing or movement between pens.

The parasite then causes damage to the absorptive lining of the gut and reduces the calf’s ability to absorb water and nutrients. Calves can be susceptible to the disease from the first week of life up to five weeks old.

Similar to Cryptosporidia, coccidia is caused by a protozoa. Coccidiosis is becoming more prevalent in Ireland in recent years.

The disease usually presents clinical signs withing three to six weeks after birth of the calf. Coccidiosis can be significantly more prevalent during a slow turnout to grass in spring because of poor weather conditions and grass growth.

The situation can be exacerbated when calves are housed in pens that are unhygienic. This disease is highly infective and calves that are infected can excrete vast quantities of oocytes that can contaminate the environment and be ingested by other calves, quickly spreading the disease.

Over time, calves will develop their own immunity after the reproductive stage of the disease and may not need specific treatment.

Rotavirus is the second most common cause of scour in Ireland after Cryptosporidium parvum. It usually affects calves between five and 14 days old.

Antibiotics will not be effective against viruses but can be vaccinated for. This virus replicates in epithelial cells and will eventually slow replication as it kills these cells and as the calf builds its own immunity. Often the main cause of ingestion of the virus by calves, is from the faeces of cows that show no symptoms during calving.

Other but less common causes of scour are from coronavirus and from bacterial species such as E.coli and salmonella.

Oral rehydration is a key part of good scour management practices. In sever cases calves could lose up to 10% of their bodyweight and will be low in essential electrolytes such as sodium (Na), potassium (K) and chloride (Cl).

Ensuring the calf receives enough electrolytes is vital and underfeeding could cause the scour to be prolonged. Sacrolyte is complete dietetic feeding stuff recommended for the stabilisation of water and electrolyte balance in young calves.

Sacrolyte is a four-in-one electrolyte for calves which contains energy (in the form of easily absorbed carbohydrates), electrolytes, B-vitamins and a unique gelling agent to aid in fluid retention.

It may be used in periods of digestive disturbance or scour. Additional electrolytes in the early stages of scour will achieve better results. Sacrolyte should ideally be fed to calves twice daily and independent of milk feeding times. It can be given to calves in either milk or water.

Eugene McCabe from Drumgoon, Co. Cavan, milks 65 dairy cows and has been using Sacrolyte for years. Eugene mentions that he uses Sacrolyte for “calves that have scour or are in bad form”.

Stating that “it gets them going fast and keeps them going”; also that “it’s easy to mix and when you go to a sick calf, they’ll drink it”.

Sacrolyte is also available for pigs as a high energy electrolyte. It’s an ideal energy source for weak pigs at birth and reducing stress at weaning time.